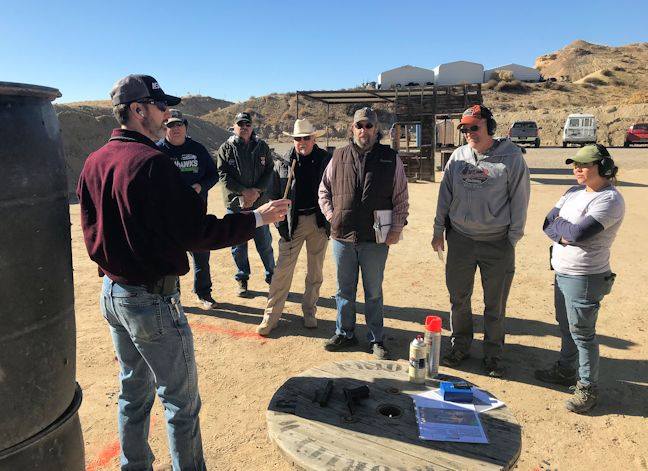 ASI Execs Robin Taylor and Al Wylie flew from Seattle to the San Juan Wildlife Federation in Farmington, New Mexico. Walter Gray and his crew not only got their RO certifications, they put on their first open-to-the-public ASI match Saturday afternoon.
“Those guys did amazingly well,” says Exec Al Wylie.
The Farmington class was the second time Taylor and Wylie had taught the revised RO curricula — complete with role-players and “live” squib rounds.
“We were amazed,” says Taylor. “Everything we told them would happen during the course happened during their first match. Even the percentage of women attending was nearly spot-on.”
As the saying goes, forewarned is forearmed, so the new crew at San Juan was ready when awkward situations arose. They faced a “squib” scare, and a disqualification — both major challenges for new range officers to deal with. Yet, thanks to their training, they were ready.
“They started out pretty green,” says Robin Taylor, “but by the end of the training, they’d learned a tremendous amount, and were able to deal with everything a dozen brand-new shooters throw at them. I was impressed.”
San Juan Wildlife will be holding matches once a month — shooting .22’s indoors if the Winter weather gets too cold. For more details, contact Walter Gray directly at graywalter392@gmail.com . 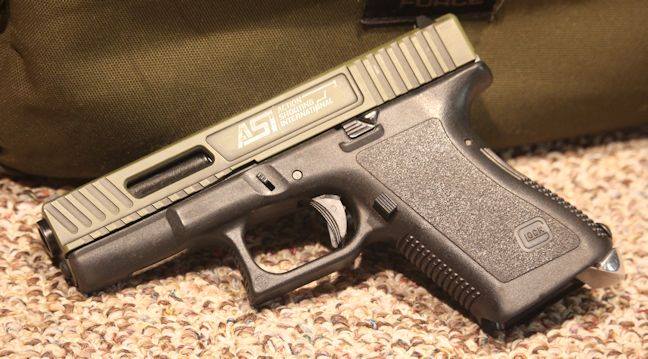 Taylor Freelance brought this Gen. 2 Glock 19 back from the dead to create an awesome-looking ASI match/carry gun. They re-profiled the slide, took a lot of weight out, and treated it to a black-over-green “battleworn” Cerakote finish. With the ASI logo laser-etched on the left side, it sets a new bar for ASI style!

Update Your Knowledge of Scoring

New to ASI?  Take a few minutes to update you knowledge of ASI scoring!

A Little Bigger Than The Guns Used at ASI!

Some ASI members on vacation got to shoot a slightly bigger gun including a Gatling gun!  Great little video of ASI members at play. 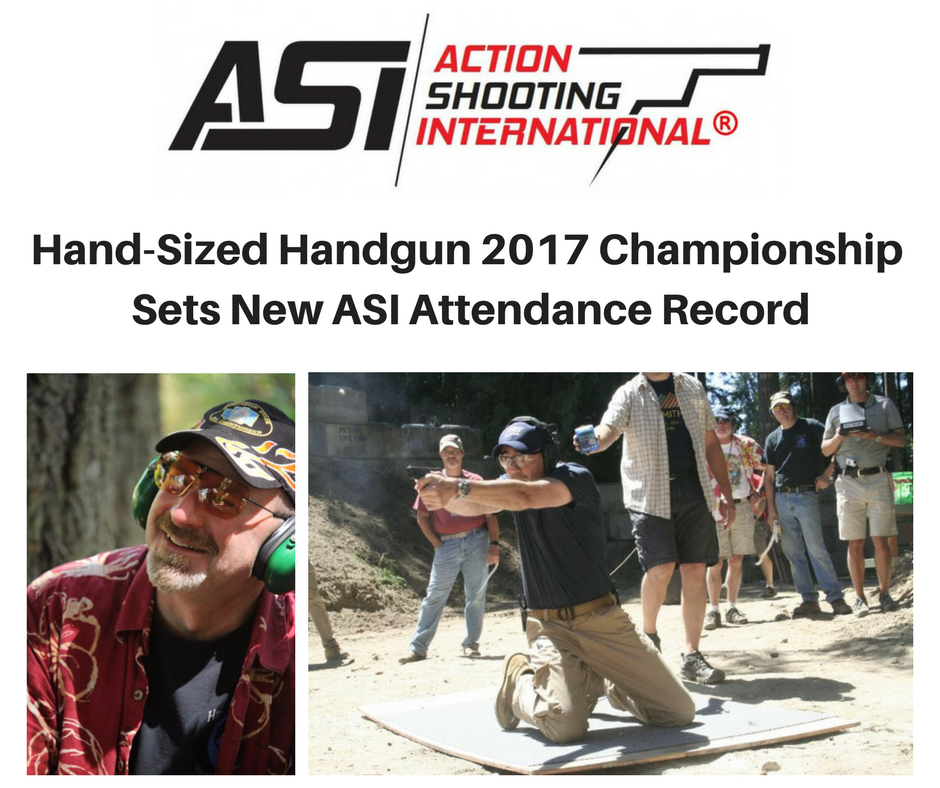 Rick Brenneman’s “Hand Sized Handgun” championship set a new attendance record in July, setting a new standard for attendance and prestige. HSH 2017 invited ASI shooters to experience an 8-stage course of fire designed for short-barreled handguns. Shooters could use any handgun they choose, but if they wished to compete for prize and trophy, they had to use a “hand sized” handgun with a barrel less than 3.5” long. ASI’s Washington community responded to his challenge in droves. Shooters brought seemingly every pocket pistol from the Glock 26 to snubbie S&W revolvers to the event.

Shooters included everyone from first-time-at-a-match folks to familiar faces from the local IDPA community. The course offered static steel targets, moving targets (some engaged with one hand only), and curious shooting positions – including kneeling on a piece of carpet. Merchandize prizes from YBS, Dillon Precision, and other donors awaited at the end, but the match itself was relaxed and thought-provoking – just as an ASI event should be.

Jim Till came to HSH 2017 having never shot an ASI event before. He came to get a feel for ASI, and went home with the top random-draw prize: a Dillon Square Deal progressive reloader! Did he enjoy himself? I’ll say – he’s launching an ASI club at his home range on Whidbey Island.

Seventy-five shooters in all came out for HSH 2017 – with David Willecke shooting the fastest time of the day. Results for the match appear on the ASI forum, under “latest match results.” http://asi.boards.net/thr…/…/hand-sized-handgun-championship

SafeFire “Throwing Everything We’ve Got” At October Zombie Shoot

If you haven’t had the chance to shoot at the SafeFire Indoor Range in Camas, Wash., make plans to visit October 7th.

Match Director Tim Dickerson is “throwing everything we’ve got” at his Zombie-themed October shoot.

On top of the obligatory zombies, he’s making plans to field a target that will “walk” across the entire width of the range. (Subject to HQ approval.) Talk about going to lengths to make his shoot a success!

Dickerson is looking for volunteers to help with the match, and also to help with month-to-month operations. If you’re interested, give him a call at (360) 834-7233. You’ll find all the details about the range via https://www.shootatsafefire.com/asi-match 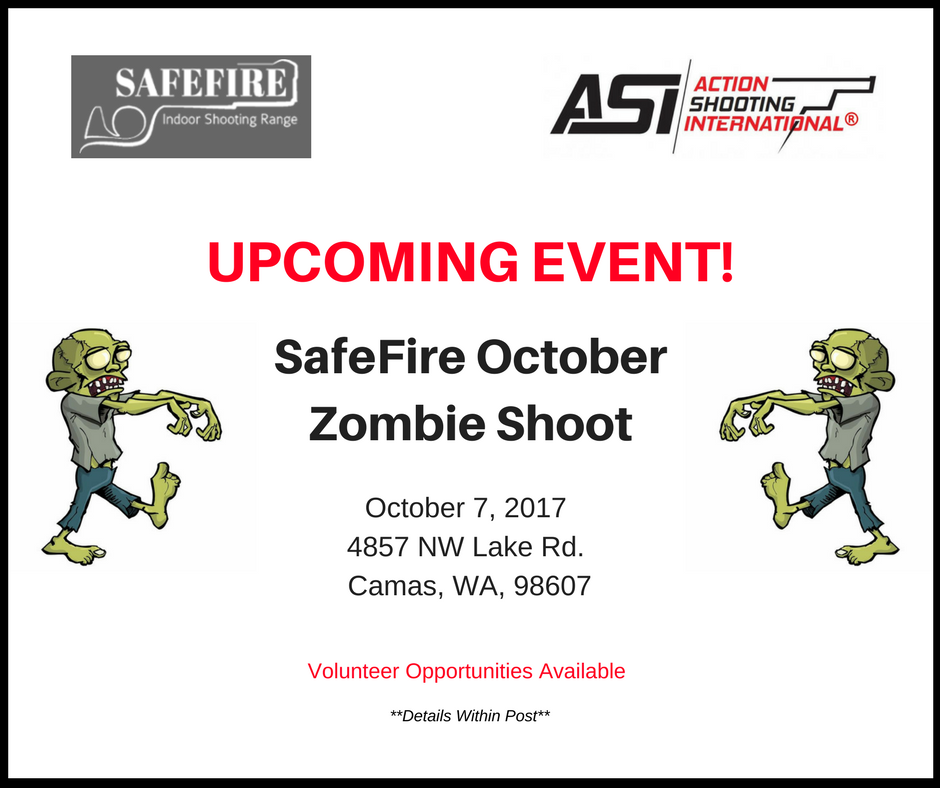 Checkout out our new ASI location map!  This interactive map enables you to see information about all our locations including club addresses and contact information for new members.  As an added bonus, you can share this map with other people using the “share” feature on the top of the map.

The map will be available through the Locations link in the menu bar.

If you’re shooting in Washington, watch your e-mail. Wade’s Eastside will soon announce a pistol-caliber-carbine-only event. The first match of its type, this pilot will feature supplied carbines from the Wades inventory, used on ASI stages from earlier in the evening. Please note the carbine match will be IN ADDITION to the normal pistol events held at Wade’s, only starting later in the evening.

“I’m excited about this new chapter in our history at Wade’s,” says ASI President Robin Taylor. “I think the opportunity for growth, particularly among the Wade’s clientele, is just huge.” 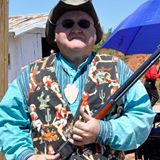 The Smithheisler brothers will again make an effort to “save Sue” at the Dough Creek range in Tonkawa, Okla., December 17-18. Their “Shoot-n-Scoot” will include four stages from the ASI course collection. Interestingly, if the weather turns sour, the match will be shot INDOORS on Dough Creek’s new LASR range. Flyer available here: shoot-n-scoot-event-flyer-12-17-2016